MAY DAY – INTERNATIONAL WORKERS DAY
On the day when ordinary workers around the world celebrate their
solidarity and achievements, in our present political climate it is
important we re-assert the need for trade union rights and workers
protection. We also celebrate the real internationalism of workers
across the world facing the same big multinationals and financiers who
try to impose austerity and attack public services.
We stand with workers around the world and oppose those who seek
to divide us by skin colour or ethnic background. We win when we
stand together.

MAKE MAY 1st A PUBLIC HOLIDAY IN BRITAIN 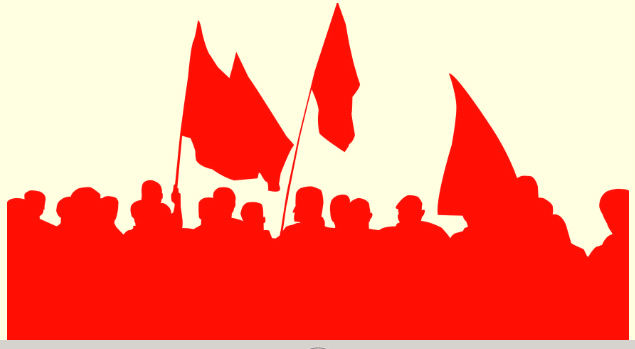 Today marked another successful May Day in London. Some 7000 people attended the March & Rally.

After assembling in Clerkenwell Green, where the crowd was addressed by the Venezuelan Ambassador from the steps of the Marx Memorial Library, the March moved off at 13.00 towards Trafalgar Square. Led out by the Big Red Band and the May Day banner, the mix of trade union, migrant worker, political organisation and community organisation banners made a colourful impact as the March moved through central London.

At Trafalgar Square the Rally was addressed by Rehana  Azam the GMB National Secretary for Public Services; John McDonnell MP;  Gik Der covering the Free Ocalan campaign; Noga a student climate crisis striker; Mick Cash RMT General Secretary; strikers from PCS InterServe dispute on their first day of strike action and from the long running PCS HMRC dispute in Ealing; Unmesh Desai for the new anti-racist organisation London United;  Tim Dawson NUJ on the death of Lyra  McKee. In the middle of the speeches two May Day songs were performed by an international group of musicians.

MAY DAY BANNER AT HEAD OF MARCH 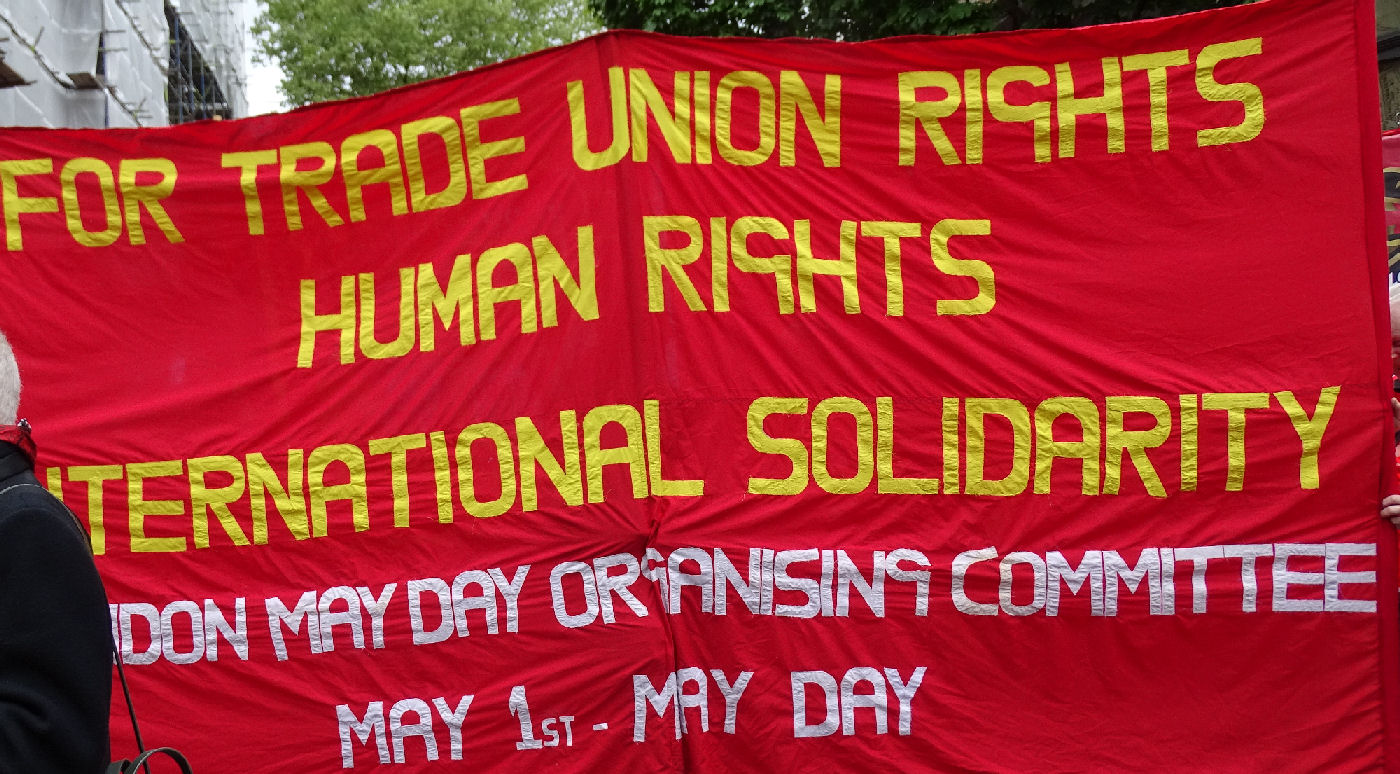 May Day needs donations to cover its costs - we need to raise £8500.

Help make sure that May Day can be celebrated in London - make our voices heard.

Donations can be sent

(cheques made out to London May Day Organising Committee or LMDOC) to  LMDOC, Ruskin House, 23 Coombe Road, Croydon CR0 1BD 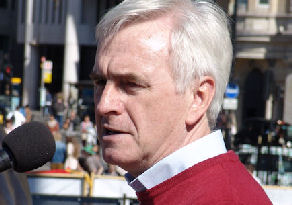 John McDonnell MP, a long time supporter of London May Day, will be one of the lead speakers. As no one knows from day to day what will be happening politically on May 1st exactly where John will be arriving from is anyone's guess but John has persistently put forward the need to defend workers rights in any set of circumstances. 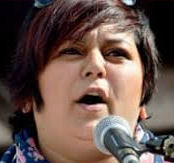 Rehana Azam is the GMB National Secretary for Public Services. She is daily involved in the battles to save our public services and support public service workers. 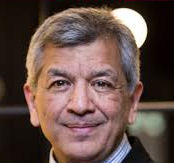 The May Day March will follow its traditional route from Clerkenwell Green.